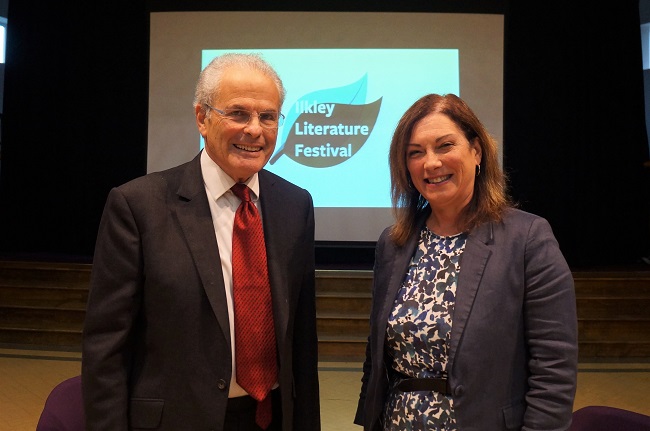 In an event hosted at GSAL on behalf of Ilkley Literature Festival, Lord Dyson was interviewed by fellow lawyer Cathy Baxandall, a member of the festival board.

Lord Dyson is pictured being interviewed by Cathy Baxandall about his memoir, for Ilkley Literature Festival at The Grammar School at Leeds