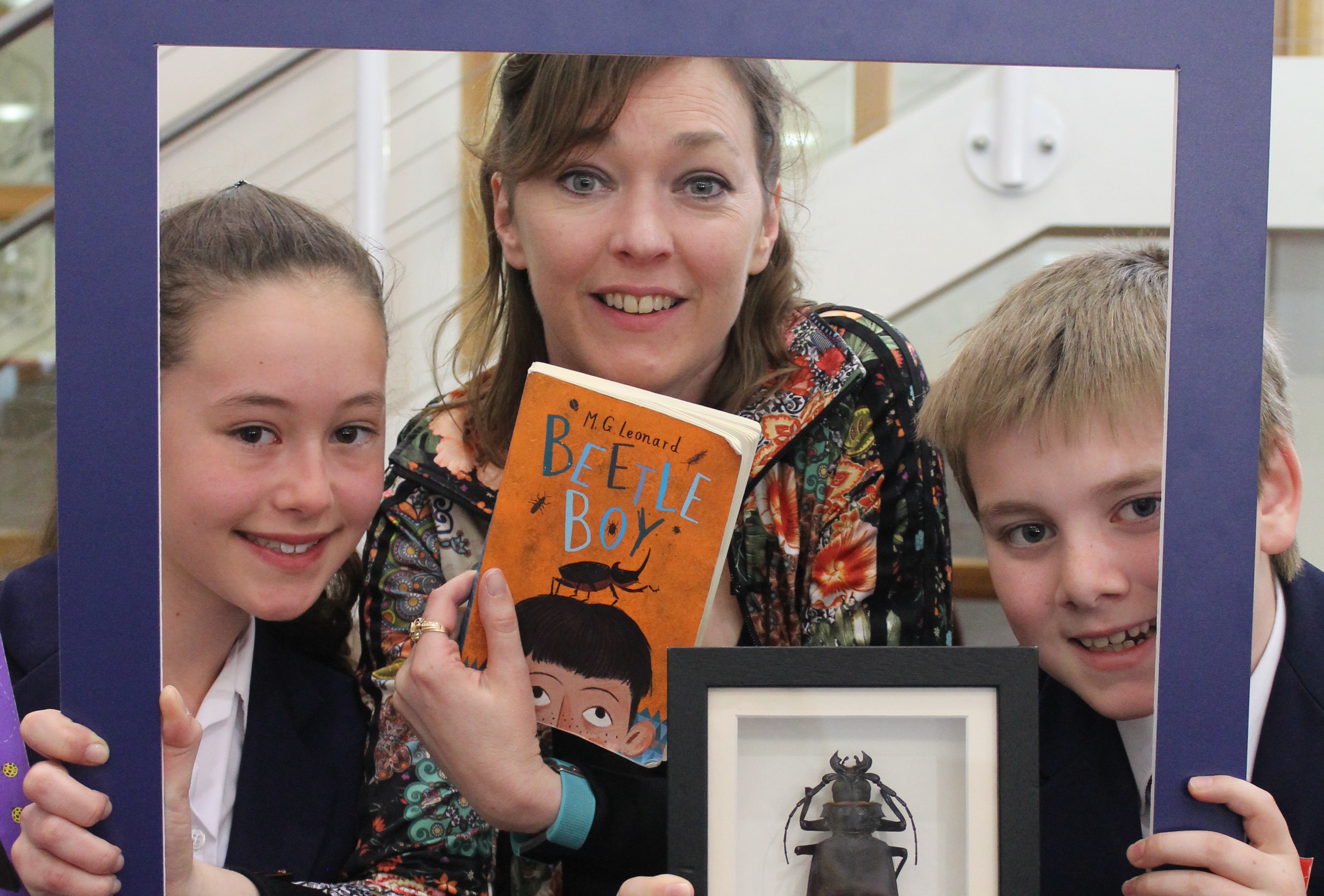 Author MG Leonard has a deep dark secret – she was scared of insects before starting to write her books all about beetles!

At a talk for Y5 and Y6 pupils from local schools, organised at The Grammar School at Leeds (GSAL) in partnership with Ilkley Literature Festival, MG Leonard (Maya) had her audience in stitches as she demonstrated the ‘heebie-jeebie’ dance that she used to perform at any creepy crawly encounter.

Describing herself as “a storyteller, not an expert or scientist”, Maya entertained the children with the tale of her transformation from insect hater to keeper of pet beetles and bestselling author of books about beetles.

Having worked in theatre on stage adaptations of children’s books, Maya knew the ingredients for a good story: “You need an amazing adventure with compelling characters to make your readers turn the page, and the villain must be uber bad!”

She also needed a totally original idea and, whilst searching for some terrifying creepy crawlies to accompany her villain, Maya discovered the wonderful world of beetles and, even better, that no one had written books about them already.

With 360,000 species of beetle discovered so far, Maya explained: “Beetles are almost everywhere and I realised beetles are good. We use insects to scare in stories, but let me tell you something, if I took you to a forest and you saw no insects the forest would be dying.”

Now beetles are the heroes in Maya’s books. Her first book Beetle Boy won the Branford Boase Award in 2017, and Beetle Queen and Battle of the Beetles complete the trilogy. A fourth non-fiction book about beetles is due out this year.

GSAL has sponsored the Ilkley Literature Festival Children’s Festival each year from 2012, and has now entered into a new arrangement to sponsor the festival’s Spring Lecture Series from 2018 to 2020.