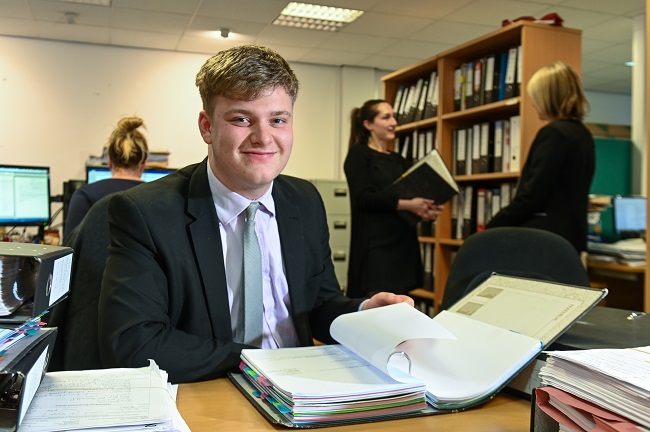 How sixth form challenged and changed my views of independent education

Joining the sixth form of an independent school from a state school is daunting, I would be lying if I said that I didn’t have a number of engrained stereotypes about what to expect.

I expected prejudice and elitism and, I was wrong. Instead I found staff and students who were welcoming, friendly and supportive, a culture of hard work and a desire to be successful that was new to me.

One of my former teachers had joined The Grammar School at Leeds (GSAL) and encouraged me to apply for a sixth form place. I half expected not to hear back, so when I was offered a bursary funded by HSBC I was delighted to have the chance to make something of myself along with 20 or so of my peers who had been offered a similar opportunity.

Although optimistic, I was not completely comfortable with joining my new school. I had a fear of spending my two most socially active years with no school friends, but I was immediately struck by the friendliness. The elitist culture I envisioned was shattered quickly and replaced with one of hard work. The students I have the privilege of sharing a school day with simply want to do well. They have high ambitions and want to succeed for themselves as well as their parents; an attitude I have found infectious.

The consistent ‘myth busting’ that I have experienced in my two years at independent school has re-shaped my outlook on life. I have gained more self-confidence, rather than losing some. Through the support of teaching staff, I have become far more confident in my studies and this mentality has seamlessly oozed into other aspects of my life too.

For reasons which I assume are born out of the stereotypes surrounding ‘posh people’, an ‘us and them’ mentality exists within the state school sector. In reality the mould I expected everyone to fit into didn’t exist.

The cost of independent education takes a school like GSAL off the table for the average state school student who has just finished GCSEs. The provision of bursaries is vital in enabling more young people like me to access all that the sector has to offer.  My school – for I now see it very much as MY school – spends over £1m a year providing bursaries, supporting 140 students like me. This enables academically capable students from all over the city to attend the school irrespective of their financial circumstances.

GSAL was the best decision of my life. Never have I been so delighted to be so wrong about my expectations. I never thought I would fit into a place like this, but I have. As my final year draws to a close, I will definitely miss the house assemblies and rugby union that were all so new and ‘posh’ to me two years ago.

I’m looking forward to starting a lawyer apprenticeship when I finish my A-levels, an achievement I would have never reached if I hadn’t attended GSAL. As well as helping me to fulfil my academic potential the school also enabled me to secure work experience which led to the apprenticeship.

When I look at what I have achieved I’m excited by the idea that more students from all walks of life could reap the rewards of such a prestigious institution. If you know anyone who would benefit from the same opportunities, they can apply  for a sixth form bursary to join the school this September.