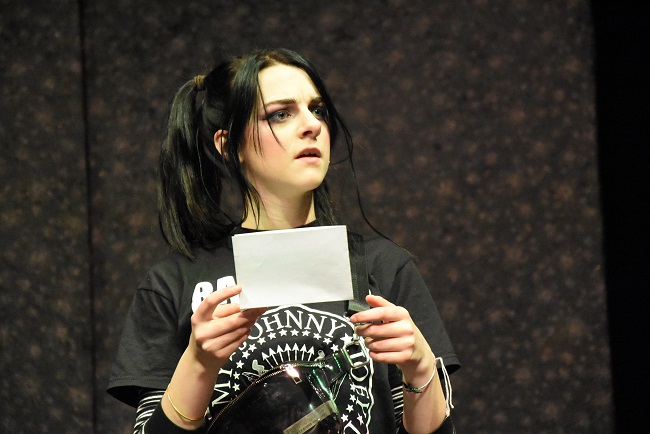 This term’s production, an abridged version of Alice by Laura Wade, was wonderful. I went into the darkened theatre with no idea what to expect, certainly not to walk into a funeral in Sheffield.

The show begins as a funeral party arrive at the wake of Alice’s older brother, Joseph Little. Many of the stereotypical personalities were present: the bored, the awkward and the inappropriately drunk. These actors would be the cast of the much anticipated Wonderland, where the grief-stricken Alice finds herself, and they all expertly managed the weight of two (or more) personas.

Wonderland can never be a fixed image, never appear the same in everybody’s minds. This interpretation of it was so intriguing – it was merely nothingness in the beginning, perhaps signalling that this was a new place in Alice’s mind as well as the audience’s, almost incomprehensible to the eyes. The only thing clear was the character of the White Rabbit, played brilliantly by Adam Coukham, giving Alice the quest to find the ‘heart’. Our first glimpse at what is contained within the realms of Wonderland.

Other actors deserving praise for their totally convincing performances are Leela Gaunt for portraying the strength of a teenager compellingly and being the Alice that I never knew I needed to see, Nicky Davis for his completely bonkers Mad Hatter, Lucy-Anne Daniels for embodying a cat so convincingly, Jessica Pogson as the scarily passive aggressive Border Control, and Annalisa Bergen, Queen of Hearts – I am very pleased to have kept my head safely on my shoulders throughout the evening.

Having watched a scary chef, a postman that didn’t want to deliver his own post, an endless tea party, a croquet match and several executions made by the Queen of Hearts, I was beginning to wonder how this story, packed with hidden meaningful messages, could come to a close. A poignant scene that sees Alice realise the ‘heart’ she had been searching for was not in fact a place, but her own. The revelation that Wonderland was all in her mind was a resonating one – it explored the idea that the human mind can be a scary but also comforting place, with the characters from Wonderland joining Alice one last time on the stage as she goes back to Sheffield, back to reality.

To cast and crew: you may keep your heads. You did a marvellous job. I would certainly applaud Mr Scott Reynolds for the astonishing production and amazing direction. Alice was a must-see, simply a beautiful piece of theatre. 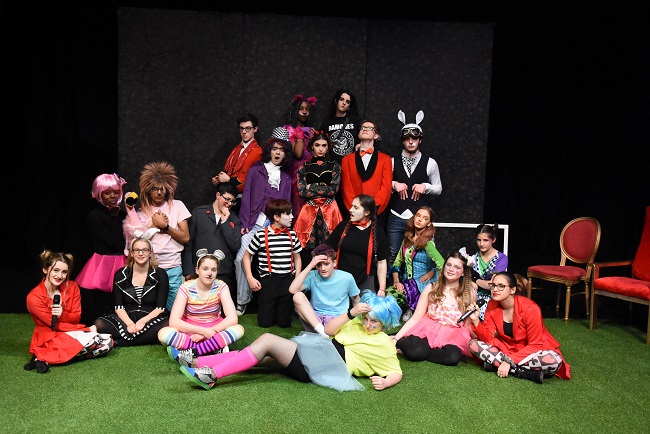