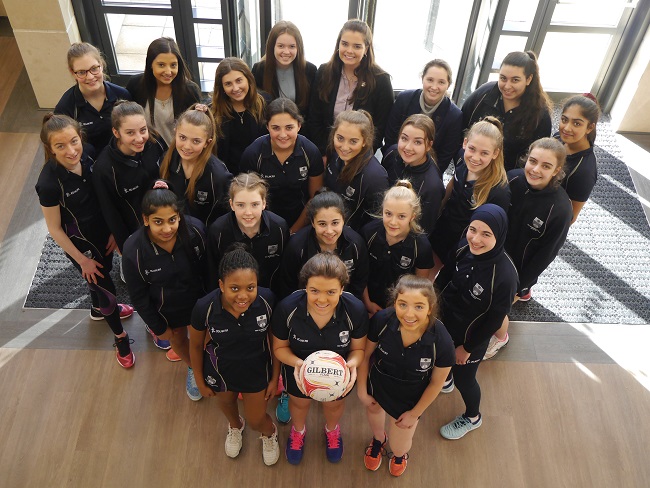 For the fourth year running The Grammar School at Leeds (GSAL) will compete in all three age groups at the finals of the England Netball National Schools Competition.

The school’s U19, U16 and U14 teams all qualified after success in the preliminary rounds, and will compete in the national finals on Saturday 16 March at Stanborough School.

To reach the national finals, the teams competed first in a county round and then in a regional round. There are 18 finalists in each age group, with the winners and runners up from all nine regions qualifying for the finals.

The West Yorkshire round took place last October, with GSAL winning the U19 tournament and progressing as runners up in the U14 and U16 competitions. At the Yorkshire and Humber regional round, held in Sheffield in January, GSAL’s U19 and U14 teams were crowned regional champions and the U16s were runners up, meaning all three teams qualified for the national finals.

GSAL has an impressive record in national netball competitions. Since 2008, when the school was created through a merger of Leeds Grammar School and Leeds Girls’ High School, GSAL teams have won 11 national titles, both at the England Netball National Schools Competition and in the Independent Schools Netball Cup.

The finals on Saturday will bring to 32 the total of national finals contested by GSAL across these two competitions.

GSAL’s head of netball Cath Johnson, who coaches the U14s, said: “Our players show tremendous dedication throughout the year, in and out of school, with most also involved in representative and club netball. They will face the top school teams in the country on Saturday, however they’re ready for the challenge with many team members having previous experience at this level.

“I’d like to thank Kate Nash, Alex Young and all our coaches, whose long term commitment has enabled the girls to achieve this success.”