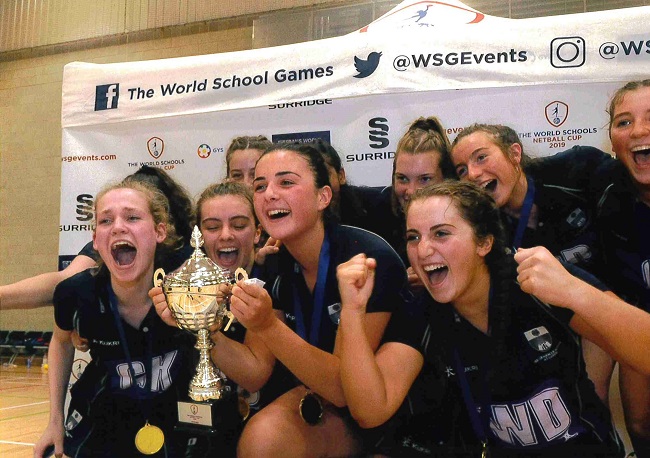 The U15 netball team from The Grammar School at Leeds (GSAL) has won the inaugural World Schools Netball Cup.

GSAL’s U13 and U15 netball teams were invited to play in the cup competition, which brought together top school netball teams from UK and international schools to compete at Loughborough University over three days in June.

The U15 GSAL team won gold and were crowned World Schools Netball Champions, losing only one game on their way to the title. Having lost their first group game to Millfield School, revenge was sweet when the teams met again in the final and GSAL won 21-13.

The U13 team won a playoff to win the bronze medals in their age group. They won six out of their seven group matches but lost a very close semi-final to Jess School, Dubai, with a score of 17-14. The bronze medal playoff was a great confidence boost as they won convincingly by 20-11 against Southend School.

Cath Johnson, head of netball at GSAL, said: “It was an incredible experience, meeting players from many different countries with the chance to compete at the highest level on a world stage.

“The media slot for teams on the first evening, the opening ceremony and the professional staging of the final made it very special for us all. It’s an event that none of the girls and staff will ever forget.”

Congratulations to the teams:

The World Schools Netball Cup is part of the World School Games Event Series, incorporating a variety of team and individual sports throughout the year and around the world.