GSAL sweeps the board at Model United Nations conference 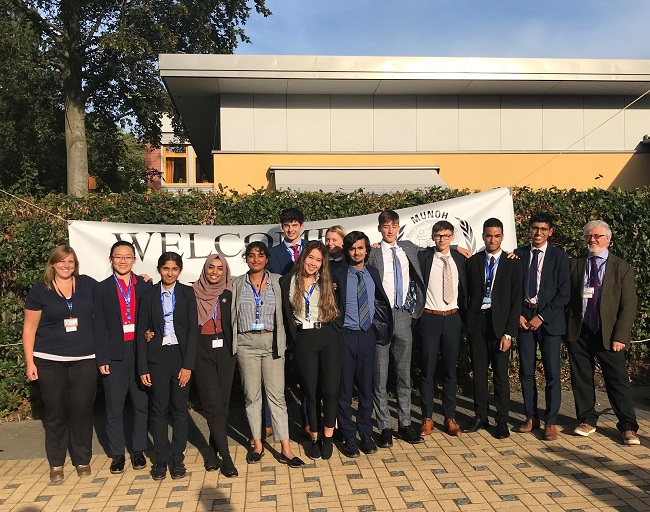 GSAL delegates to the Model United Nations of Hamburg conference scooped more awards than any other school, at their first ever visit to the event.

The 12 sixth form students came up against the debating skills of 200 delegates from 13 schools, hailing from across six European nations. Participants assumed the role of national representatives for countries around the world in debates designed to simulate the work of the UN.

Topics debated covered the wide-ranging briefs of the UN’s committees, councils and special commissions, and were specially chosen by the conference’s student organisers as issues that resonate with the younger generation of all nationalities and backgrounds.

Other awards received by GSAL students included Honourable Mention for Alice MacKenzie representing France on the Special Commission on the Status of Women, and Aneesh Varma Y13 representing the Dominican Republic on the Security Council.

Taskiya Rahman Y13, representing the Dominican Republic, was the main submitter on a resolution in the Special Commission on Science, which was passed on the back of her excellent research and hard work.

Cathryn Haigh, history and politics teacher, said: “This was probably one of the best conferences we have attended with a cohort of extremely high calibre delegates from across Europe. We are delighted with the achievements of our talented – and very hardworking – students making their debut at this prestigious event.”