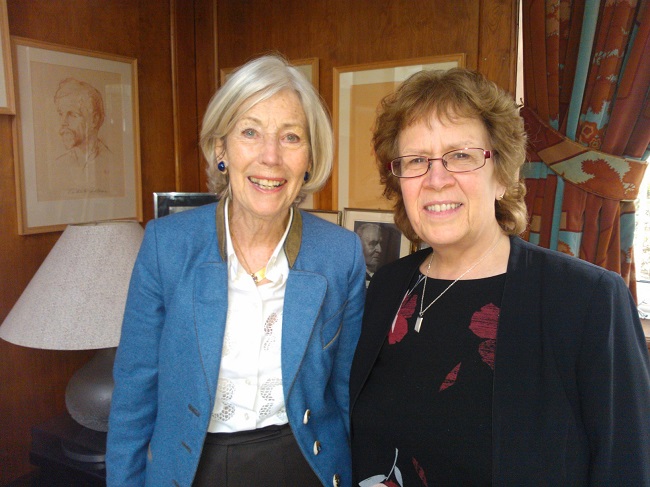 Judith, who has served as a Labour councillor in Leeds for 21 years and been awarded a CBE in recognition of her services to local government, says that her time at the school drew her to politics.

She told her audience at the OGC London spring meeting: “I don’t think we realise what an influence the school had on us. The kids that I grew up with in my community, on the edge of Harehills, didn’t go to the high school and didn’t have the same opportunities. That stayed with me forever and that’s what got me interested in politics.”

Admitting that she was a rebel in her school days, Judith said she doubts her teachers would ever have earmarked her as a future leader. In fact, she recounted being told just that during a dressing-down. “I remember being told off by Mrs Millburn who said: ‘You really need to pull yourself together. Don’t you know we’re grooming the future leaders of Leeds in this school?’ Well, it obviously registered,” she said, laughing.

Looking back on the opportunities she had at school, Judith talked about the importance of empowering girls to embrace science, technology, engineering and maths (STEM) subjects. She said: “When I was growing up it was just accepted, going to an all girls school, that studying science was part of what everyone was able to do. If you’ve got talent, if you’ve got the ability, then nothing should stand in your way.

“I think we all have a huge responsibility to make sure that we get more young women going into those subject areas.”

She finished her talk by reflecting on the great start in life the school gave her. She said: “We had this incredible opportunity in Leeds, but there are so many people who do not have access to those opportunities.

“I would like to float this idea: as a network of old girls we could come together. Everyone could put a little bit back into the city to show their appreciation for what it has done for them – and for how much more we could do [for the city] if we all work together.”

Judith is pictured (right) with Lady Solti, who hosted the event at her home.