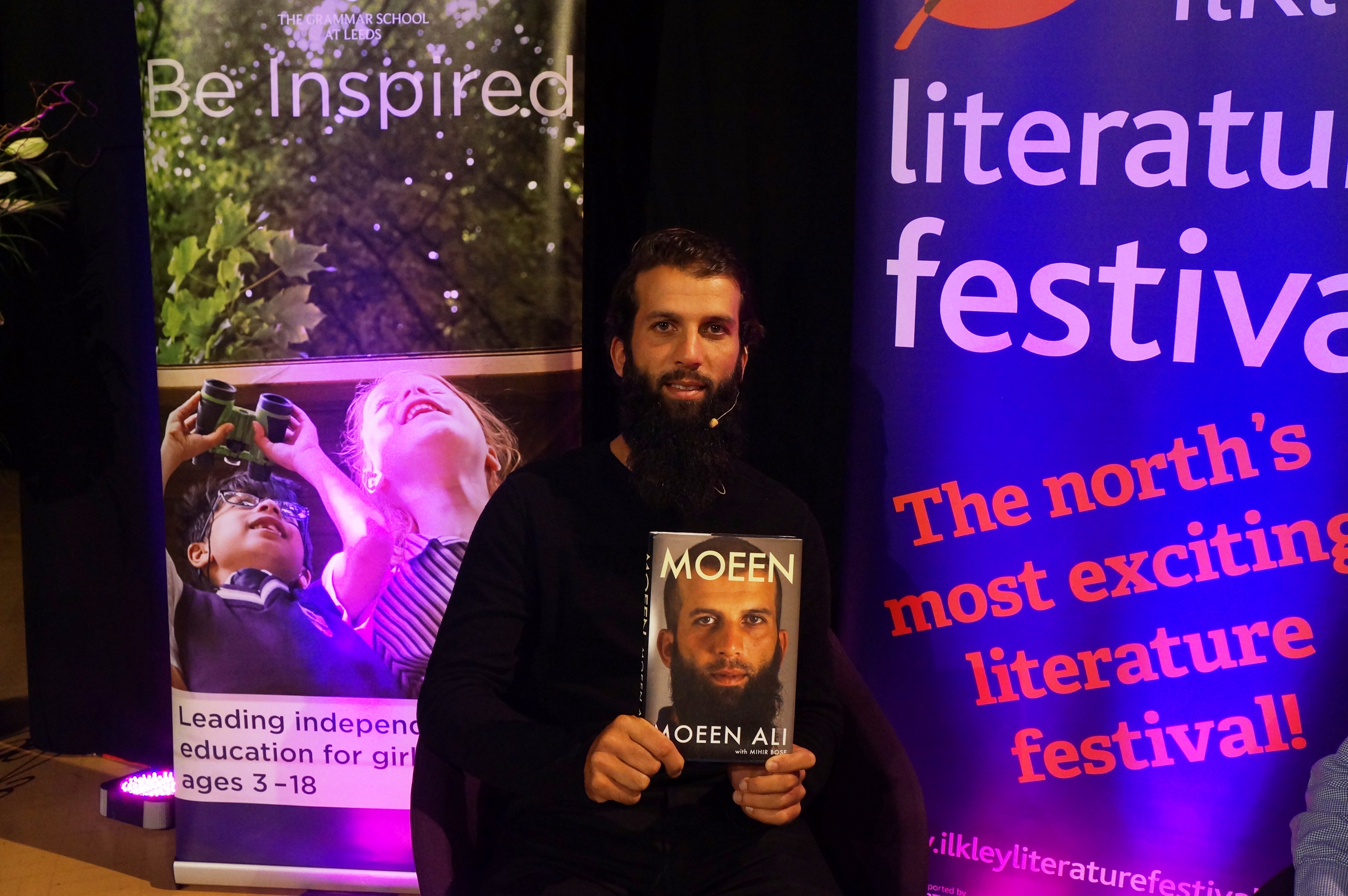 Moeen Ali had barely landed back in the UK after England’s test series win in Sri Lanka when he made a trip to Yorkshire to entertain cricket fans at an event for Ilkley Literature Festival.

As a result the audience at The Grammar School at Leeds (GSAL) were treated to up to the minute analysis of the three match series as well as a fascinating insight into the life of an international cricketer, and Moeen’s path to sporting success.

These are some of the themes explored in his new autobiography Moeen, co-written with Mihir Bose, which has this week been longlisted for the Telegraph Sports Book Awards Autobiography of the Year.

The Q&A session with Moeen and interviewer Simon Ashberry, a former chairman of the festival, started with the Sri Lanka tour. Moeen said: “It was massive for us, as Joe Root stamped his authority on the team and made some brave calls in selection. The conditions were so tough but it was a great experience.”

In his book, Moeen tells his life story from playing ‘Stoney Lane cricket’ in the streets near his childhood home, to county and international selection, and pays tribute to his parents for supporting him on his journey to the elite game. The importance of family was a theme throughout the conversation, from the influence of his much loved grandmother Betty Cox, to the hardship of long periods spent away from his family during overseas tours with England.

Moeen also talked about his search for truth which led to the awakening of his devout Muslim faith at 19 years of age. He said: “The reason for the book is to show that you can follow what you like, but you must work for it. I try to inspire youngsters that it’s ok to have a belief, you can still play for England. I’m open and honest and believe in just being yourself – you’ll be cool!”

Moeen by Moeen Ali and Mihir Bose is published in the UK by Atlantic Books.

GSAL is an official sponsor of the Ilkley Literature Festival, following a longstanding partnership with the Children’s Festival.