Talking politics as Guardian reporter goes back to school 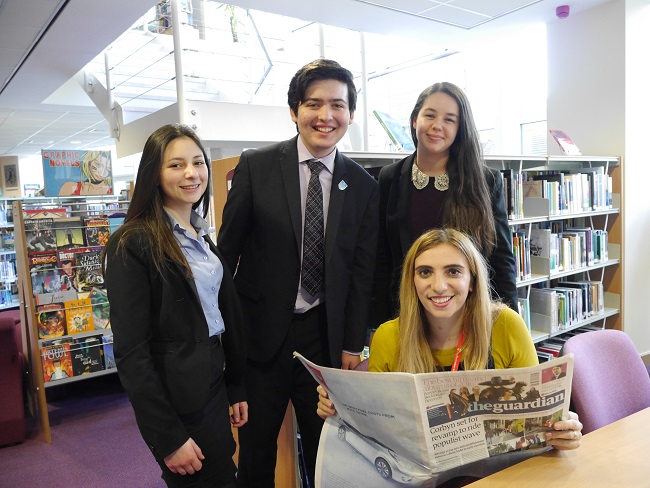 “The privilege of writing the first draft of history” is how Jessica Elgot describes her role as the Guardian’s political reporter in the Westminster lobby team.

Having joined the Guardian’s political team in June this year, Jessica’s first six months in the role have been a whirlwind; as she says, quite a lot has happened since then!

An example she gave to students from the Politics and Media Societies at The Grammar School at Leeds (GSAL), was being present in the room when Boris Johnson dramatically pulled out of the Conservative leadership contest.

Jessica is an alumna of Leeds Girls’ High School, one of GSAL’s founder schools, and came back to school to give students a fascinating insight into her work based in the lobby in the Palace of Westminster. Day to day she covers Parliament and also travels around the country and abroad with politicians on official business.

Bumping into MPs in the corridors, coffee queue or the gym provides much of her material and helps build valuable relationships with politicians. She said: “This demystifies them, but you must be aware that they don’t tell you stuff as a favour, their motives might be transparent but you must be savvy when being fed a story.”

Jessica’s first journalistic project was short lived – only one edition of her magazine Small Kids, Big Ideas ever went to print. She was just eight years old at the time, and overcame this early setback, enthusiastically writing for the school magazine, editing her university newspaper and getting work experience on local papers.

After her English Literature degree Jessica did postgraduate journalism training, and has worked for the Jewish Chronicle and the Huffington Post, freelanced for the Independent and broadcast as a commentator on politics for the BBC and LBC. She joined the Guardian as a national news reporter in 2015.