Home > General > The life of a campaigner with Peter Tatchell

The life of a campaigner with Peter Tatchell 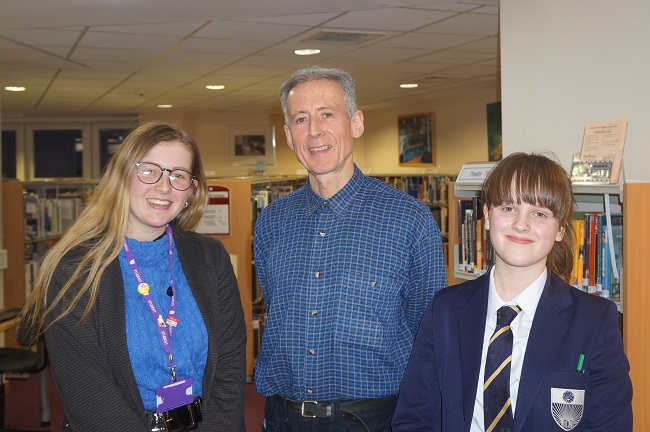 Human rights campaigner Peter Tatchell became an activist whilst still in his teens, making a stand against the death penalty and the Vietnam war, and campaigning for Aboriginal land rights.

Without access to campaigning groups in his home city of Melbourne, Australia, he was at the time a lone voice. By contrast, the active LGBT+ movement he found on visiting London in 1971 was an inspiration to him, as he told an audience at The Grammar School at Leeds (GSAL) last week.

His stay in London was only ever meant to be temporary, a way to escape conscription into the Australian army. Instead he became a leading member of the Gay Liberation Front, and when it disbanded he remained in the UK, continuing to campaign to overturn antiquated laws and attitudes.

Peter told students that in 1999 Britain had the largest volume of anti-gay laws. However during the next 15 years our laws became the best in the world, thanks to campaigning successes such as overturning the ban on LGBT+ members of the armed forces, the repeal of Section 28 and the introduction of anti-discrimination laws in housing, education and workplaces.

Peter said: “We together made it happen. I can’t think of any movement anywhere that inspired so many changes in such a short space of time.”

He cautioned there is still work to do, saying that one third of LGBT+ people have been victims of hate crime and 45% of LGBT+ pupils have been bullied at school. He said: “It’s so sad when schools try to promote inclusivity and tolerance but face protests. Schools have to reflect the diversity of our society and promote understanding; that way pupils grow up to be more tolerant.

“Our journey has been a long, arduous and painful one, but we have made progress. There are more battles to fight but let’s rejoice we have come so far.”

Peter was visiting GSAL at the invitation of Eddie Crangle, an old boy of the school, and spoke to an audience of students and staff from GSAL and Brayton Academy, Selby. He is pictured with Senior School students Lulu and Eva.