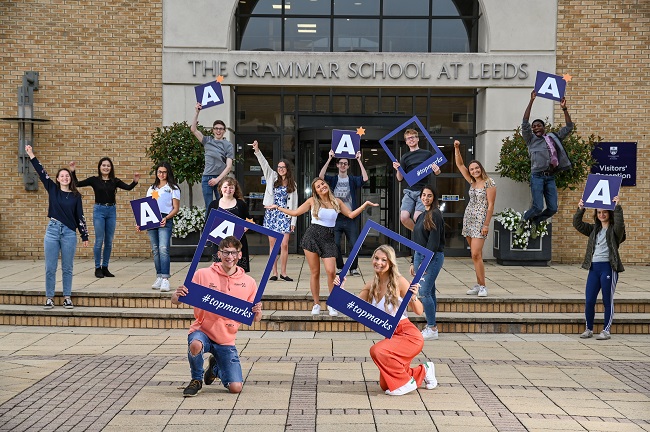 As the wait for A-level results ended today (Thursday, August 13), the Principal of The Grammar School at Leeds (GSAL) praised the impressive resilience and positivity shown by this particular generation of school leavers.

“I am immensely proud of how this year’s pupils have come through such a difficult time and, now, of the excellent results they have achieved as well. This is the most testing time we have ever experienced and, behind the headlines, there are students who are upset because they have been downgraded through the moderation process. We will be offering them the support they need so that they receive the outcome they so thoroughly deserve.”

In a challenging year, more than a third of students at GSAL achieved the top grades of three As or more, with six students gaining 4 A*s and a further five achieving at least three A*s.

Mrs Woodroofe said: “We all know that exam results are only one way of measuring success and, in addition to their academic achievements, our young people have grown in courage and this should give them confidence to face the future and whatever it holds.”