What Katie did next – from talking torque to climate campaigner 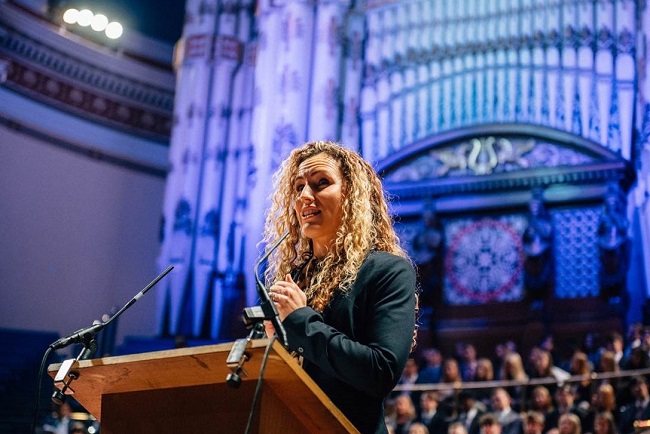 When car-mad Katie White left Leeds Girls’ High School in 1999, the leavers’ book recorded her aspiration to drive a cool car. She does – it’s electric.

Katie was awarded an OBE in 2013 for services to climate change engagement, and this year she joined WWF (Worldwide Fund for Nature) as Executive Director for Campaigns and Advocacy. So how did she go, in her words, “from car girl to climate girl?”

It was almost accidental – an internship in Washington DC opened her eyes to the issue of global climate change. She returned home fired up and determined to work in that area, albeit just for a year or so before getting a “serious” job.

That serious job turned out to be campaigning with Friends of the Earth; after all what could be more serious than trying to save the planet? Katie and her colleagues took on MPs and climate sceptics and the hard work paid off when the Climate Change Act 2008 passed through Parliament. In the subsequent decade Katie has built an impressive career as an independent campaigns advisor.

Katie was guest of honour at Speech Day, the annual celebration of achievement for senior students of The Grammar School at Leeds (GSAL) at Leeds Town Hall, where she spoke to an audience of students in Y10 and above.

Despite highlighting the climate crisis in her address, Katie concluded with three reasons to be cheerful. In the UK last year, a third of all electricity came from renewables; we are finding ways to take carbon out of the atmosphere; 10% of all new cars in the UK are now electric or hybrid.

She said: “Converting our economy from old energy sources to new ones doesn’t have to leave us impoverished.

“It’s going to create a lot of jobs and opportunities for entrepreneurs. When you think about what you want to do with your life, will you shackle yourself to the old world or invent the new one? My challenge to you is to find the wisdom, take the action and make a difference.”