Home > Alumni > Wimbledon serves up a treat for alumni

Wimbledon serves up a treat for alumni 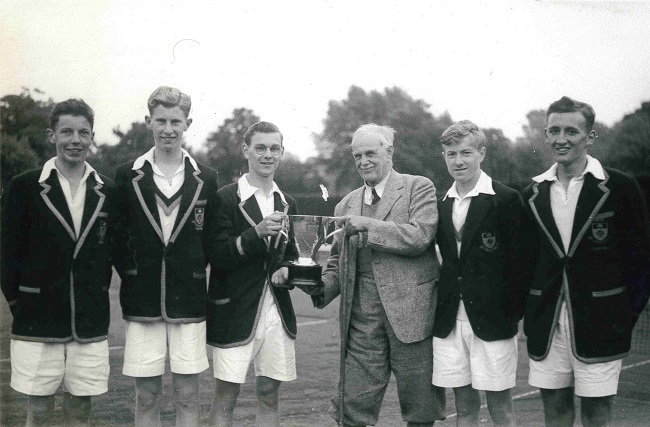 Alumni and guests had a sneak preview behind the scenes of the revamped All England Lawn Tennis Club (AELTC) ahead of this year’s championships.

Guests at the sell-out event enjoyed a private tour of the club, which this year unveils a new £70m retractable roof on No 1 court – identical to the one that has covered Centre Court since 2009 and put paid to so many rain delays.

As well as seeing the immaculate grounds and iconic courts, guests enjoyed a drinks reception in the club’s museum and dinner in the Rolex Suite.

Michael was the Wimbledon junior singles champion in 1955 while still a pupil at LGS. He has had a lifelong association with the club and has been the honorary secretary of its croquet section for a number of years. Ian had a successful career in media before moving into sport and becoming chief executive of the AELTC. He later moved to the Rugby Football Union (RFU) as chief executive and is the current chairman of Premiership Rugby.

One of the evening’s guests, Kate Sleath, a keen tennis fan and parent of Jenny (OG01), said: “I have been once to the Championships back in 1998, so this was a lovely opportunity to see the inner workings of the legendary tennis club.

“It was a most enjoyable evening: the dinner was excellent and being able to have pre-dinner drinks whilst having a wander round the museum, as well as a quick purchase in the shop, was brilliant. It was just a great shame about the pouring rain, but it didn’t dampen our enjoyment.”

The photo shows Michael Hann ((second left) with the LGS tennis team on winning the Youll Cup in 1953, a knockout competition open to all independent schools.