Home > Alumni > Jill is honoured for services to athletics

Jill is honoured for services to athletics 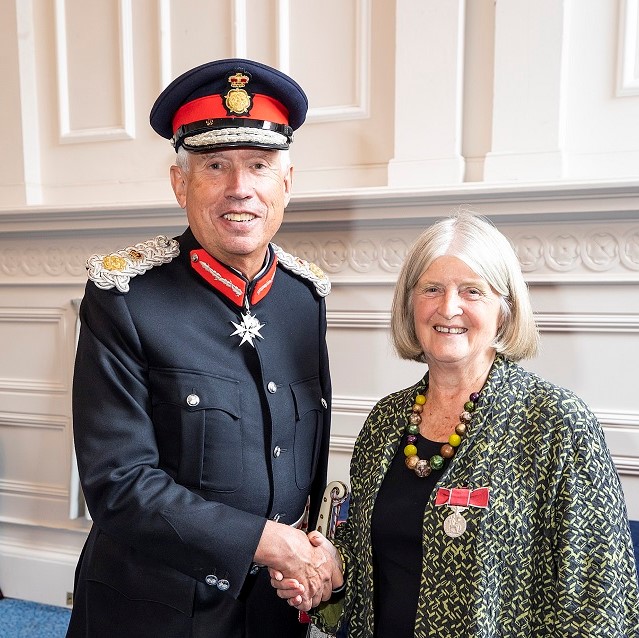 Jill, who has spent a lifetime promoting the sport, received her award from the Lord Lieutenant of Berkshire at a ceremony in Reading, and will attend a garden party at Buckingham Palace in May.

She has tirelessly promoted track and field sports in Berkshire, where she has lived for many years, and made a name for herself nationally as a field judge.

Jill first became interested in athletics through her father and her brother Ken, a pupil at LGS. Both were talented athletes and inspired her to take up the sport.

She admits that there were not a lot of opportunities to become involved in athletics at LGHS at that time however, she joined the former Leeds Women Athletic Club, now part of Leeds City AC, and was also picked for the Yorkshire schools team to compete in the English Schools Championships in 1955.

She said: “I was an OK athlete, never as good as my brother, and when I left school I decided to train as a PE teacher. However, I never lost my love for the sport and have always been involved in my spare time.”

She studied at Chelsea College of Physical Education, and combined teaching PE for 14 years and being a deputy head for another 15 years with her voluntary work in athletics. As her involvement in athletics grew, she decided to take early retirement 31 years ago and dedicate her time to the promotion of the sport. By this time she was a field judge and, as well as managing school and athletics clubs in Berkshire, she also travelled the country to officiate at events at a national level.